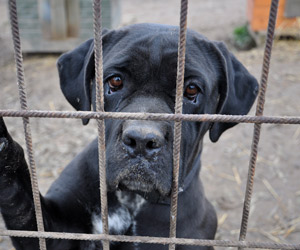 The majority of people believe Animal Shelters should give dogs more than 3 days to live, but the solution isn’t just voting, it’s awareness and action. Here’s what you can do…

Homeless Animals Deserve a Chance Too

Over 6 million stray pets enter shelters each year and fewer than 20% are reunited or adopted with families.

Shelter staff determines which animals they feel are most easily adoptable and mark the unfortunate rest to be euthanized (killed) many with no more than 3 days of “shelter” before being destroyed.

The differences between Kill and a No-Kill shelters are far smaller than most people realize. In a Kill shelter, all animals who aren’t adopted within 72 hours of the legal stray hold period (if they are strays) are euthanized if the shelter is at capacity. All animals who show signs of illness, disease, injury or aggression are usually euthanized immediately.

A No-Kill shelter sounds like it doesn’t euthanize pets, but they absolutely do — far more than most people realize. Animals who aren’t sick, hurt or aggressive may be kept indefinitely until adoption at a No-Kill shelter. Those that are ill, hurt or have attitude problems are euthanized immediately.

For those that are left, not only can the nicest dog or cat become stressed and aggressive in the often loud and terrifying shelter or from being caged all the time, but many will and do become ill from kennel cough, bladder infections or other contagious diseases that run rampant in kennel environments. So while a No-Kill shelter sounds like a safe haven for the homeless, it can still result in up to half of them being destroyed.

Roughly 30 million new pets are acquired each year by Americans. When you look at the numbers, we don’t have an American pet overpopulation problem, we have a shortage of willing pet rescues and adoptions. While a single person can’t “save them all,” if only 2% of new pet shoppers saved just homeless animal, the shelters would be empty.

What can Communities and Governments Do?

We can all rally more support for homeless animals. The same tax dollars that fund city shelters can fund public awareness campaigns to increase volunteer activity and adoption rates. For every homeless pet adopted, another can be saved. It’s the best deal in town, 2 for 1. People need to be reminded often that wonderful loving pets are literally dying to be placed in good homes.

Here’s to making the word “shelter” imply safety and hope for homeless pets.

5 Reasons Why We Need to Retreat
5 Amazing Benefits of a Plant You’ve Never Heard Of
What is Thunderstorm Asthma and How Can it Affect You?
Ⓒ Wellness.com. All Rights Reserved. Wellness®.com is a registered trademark of Wellness.com, Inc.